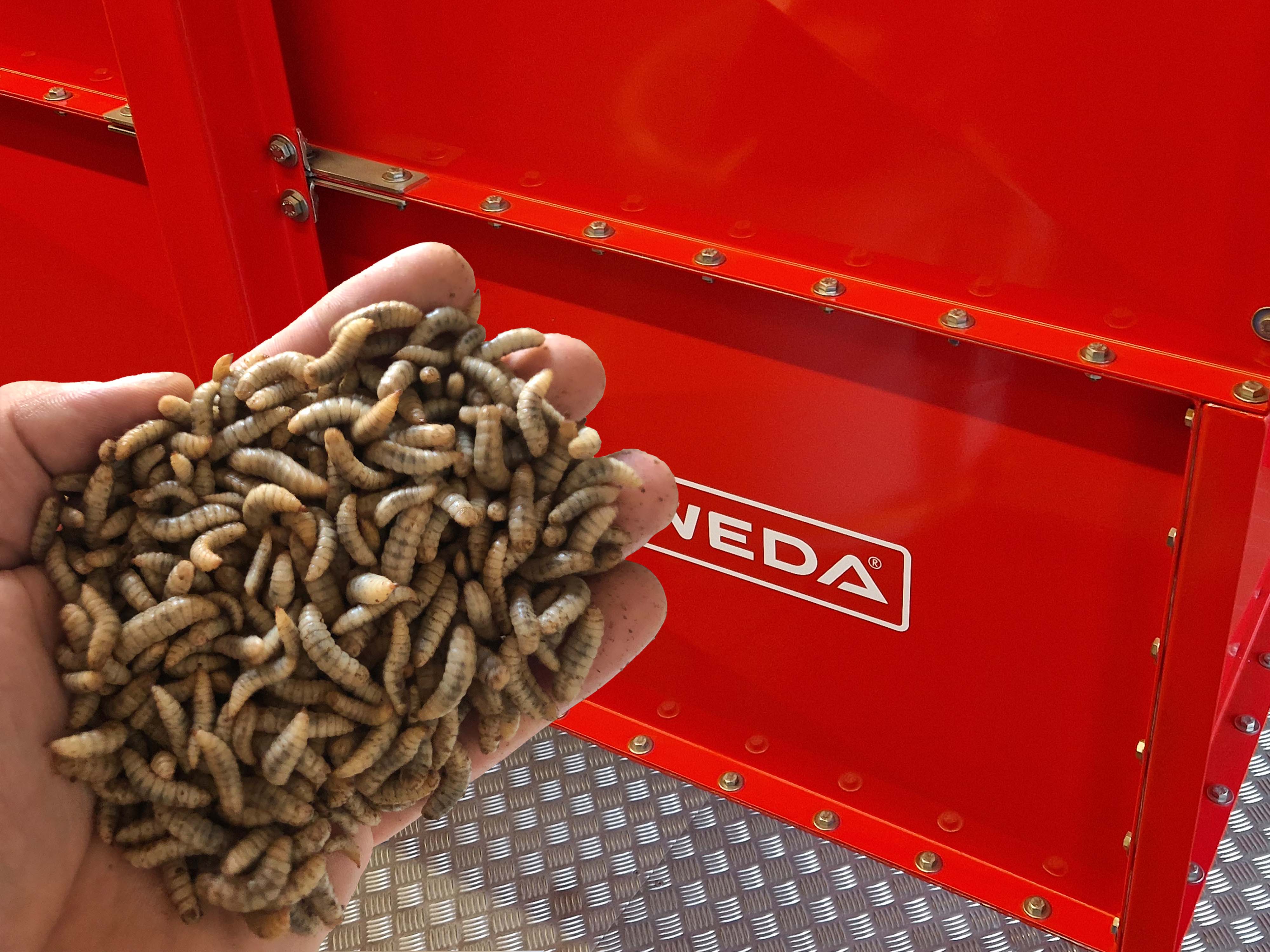 WEDA Dammann & Westerkamp GmbH supplies the complete insect feeding system for the Polish feed producer HiProMine. The company from Robakowo near Poznan breeds insect-based proteins on an industrial scale using the black soldier fly. With WEDA’s new plant, 550 tonnes of substrate are produced and fed there every day. The technology creates a food chain in which the insect forms a bridge between plant waste and sustainable animal feed.

The use of the soldier fly as a feed insect can thus make an important contribution in the future to feeding the growing world population in a resource-saving way. Compared to other feedstuffs, in-sects are the only source of protein for which the raw material can be utilised one hundred percent. Moreover, no waste is produced during the manufacture of animal proteins. On the contrary: during their growth, the larvae feed exclusively on organic waste. The soldier fly Hermetia illucens is also characterised by extremely rapid development, with larvae fattening in about seven days.

“In addition, the end products are free of antibiotics and genetically modified organisms,” argues WEDA product manager Jens Feldhaus in favour of expanding the breeding method. In the insect feeding systems of HiProMine, the proven technologies of WEDA Dammann & Westerkamp are used for this purpose.

Insect-based feeds are currently already approved for domestic animals, poultry, pigs and aqua-culture. If the technology becomes established worldwide, insects have the potential to become an inexpensive, nutrient-rich and ecological protein source for all animal feed. Prof. Dr. hab. Damian Jozefiak, one of the founders of HiProMine and professor at the Poznań University of Life Sciences, is very satisfied with the prospects and the cooperation so far: “With WEDA, we have found exactly the right technology partner who offers us the production security we need for the sustainable de-velopment of this business field,” he sums up.